Uterus The uterus, or womb, is a hollow, pear-shaped organ with a thick muscular wall. It is    subdivided into two parts: the corpus (body), and the cervix (neck).

The corpus comprises the fundus, which is the top portion of the uterus; and the cavity of the uterus. The cavity is where the embryo/foetus develops during pregnancy. The inner layer or the lining of the uterus, is called the endometrium. Every month, it thickens in preparation for potential pregnancy and sheds during menstruation if pregnancy does not occur. The middle layer of the uterus is known as the myometrium. It is mainly composed of smooth muscle cells, which collectively give the uterus the strength to contract and   expel the foetus during childbirth. The outermost layer of the uterus is the serosa, also known as the perimetrium. The cervix is the lower constricted segment of the uterus that joins the upper part of    vagina. The small cervical opening into the vagina is called the external os while the one in the uterine cavity is called the internal os. They allow the sperm to enter the uterus during sexual intercourse and the menstrual fluid to flow out of the uterus during menstruation. The cervix can be visualised from the vagina.

The uterus is in the centre. In front (anterior) of the uterus is the urinary bladder. Behind (posterior) to the uterus is the rectum. A slippery membrane called the peritoneum(g) covers the whole pelvis and abdomen. Beneath the peritoneum, on either side of the pelvis, run the ureters. The ureter is a small tube that carries urine and runs from the kidney to the bladder. Large blood vessels are present on both sides of the pelvis. These blood vessels carry blood from the heart to both the legs and back.

Figure 1.5 is a side view of the abdomen and pelvis. The uterus is in the centre. On the side and behind the uterus are the fallopian tubes and the ovaries. In front of (anterior to) the uterus is the urinary bladder and behind it (posterior to) is the rectum.

Figure 1.7 shows the urinary system. Ureters connect the kidneys to the urinary bladder. Ureters are found behind the peritoneum on the pelvic sidewalls. They run below the ovaries and on the side of the cervix under the uterine arteries before entering the bladder via the ureteric tunnel. Ureters are important structures to identify during gynaecological surgeries. 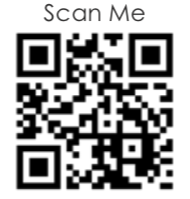