1. Partial Resection of an Adenomyoma

When adenomyosis is localized, it is called an adenomyoma (see chapter 4). There are several reasons why this surgery may be contemplated.

1) The patient wishes to keep her uterus.

3) She is suffering from severe pain during menses (dysmenorrhoea).

4) She may be suffering from heavy menses.

5) She cannot conceive or she has suffered repeated miscarriage.

In such situations a decision may be made to excise the adenomyoma.

Laparoscopic excision of an adenomyoma has several challenges. The first is to decide how much to excise. Second the excision must be done in such a way, so as to allow the surgeon to close the defect left behind after the excision. Suturing of the defect can also be difficult because the tissues surrounding an adenomyoma are usually friable (g) and will not hold a suture easily (watch video 31.1 Laparoscopic excision of adenomyoma). 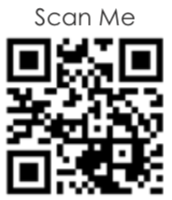 Madam TLC consulted me in 2009 with a problem of severe dysmenorrhea and inability to conceive. She had had 2 children 5 years prior to seeing me. Examination showed an enlarged bulky uterus with nodules in the Pouch of Douglas. Ultrasound showed a bulky uterus with a posterior adenomyotic nodule measuring 2.30 x 3.61 cm. She also had a small right endometrioma measuring 1.47 x 1.61 cm. She underwent a laparoscopic cystectomy and adenomyomectomy. Postoperatively she was well. She spontaneously conceived and delivered a baby by Caesarean section in 2014.

In this patient the adenomyoma was small and localized and could be excised almost completely. As a result the patient did not have any more dysmenorrhea and conceived after the surgery. Patients who had undergone adenomyomectomy and conceive later are usually advised to undergo an elective Caesarean section

Laparoscopic hysterectomy will relieve most of the symptoms of a uterus with adenomyoma. Adenomyoma is frequently found with endometriosis. The uterus can be very large and adherent to the bowel (rectum and sigmoid) making the hysterectomy difficult. The uterus can also be very vascular, causing bleeding during the surgery. Sometimes, the patient may need to be given GnRH analogues (g) for several
months to reduce the size of the adenomyosis and reduce the vascularity of the endometriosis before a laparoscopic hysterectomy can be performed successfully (see chapter 33).

Madam LH consulted me in 2011. She had been married since 2001 with no children. She had previously undergone a laparotomy and cystectomy for an endometrioma in another country. She had been suffering from severe dysmenorrhoea. Examination revealed a 14 gestational week sized uterus, which was tender on examination. Ultrasound showed an enlarged uterus with a thickened posterior wall resembling adenomyosis. There was a small right endometrioma and a left elongated cystic lesion measuring 6.40 x 3.56 cm resembling hydrosalpinx. She underwent a laparoscopy. She had a large adenomyotic uterus with severe pelvic adhesions. She also had a left hematosalpinx and a small right endometrioma. Laparoscopic right cystectomy, left salpingectomy and partial resection of the adenomyosis was performed. She was seen 6 months after the surgery. She was still suffering from dysmenorrhea but it was milder. She was advised to undergo IVF. She did not return for any follow-up after that. In 2013 she again suffered severe dysmenorrhea and had to undergo a laparotomy and total abdominal hysterectomy in her country.

Adenomyomectomy is usually not complete because it is difficult to have a clear demarcation of the extent of the adenomyoma. After a adenomyomectomy, the patient may experience less pain during menses. Since this patient is infertile, she was advised to conceive, preferably by IVF. However she did not do so and the remaining adenomyosis continued to grow causing pain and ultimately a hysterectomy had to be performed.

Two types of surgery can be performed in cases of adenomyosis, namely Partial Resection of Adenomyoma and Hysterectomy. Complete resection of all adenomyosis is usually not possible. Only partial resection of part of the adenomyotic tissue can be done. If this is performed, the patient may still suffer from pain during menses and may even have heavy menses. A hysterectomy will usually cure all the symptoms caused by adenomyosis