Surgery for endometrial cancer has been traditionally performed by laparotomy. Nowdays, Hysterectomy and Pelvic Lymphadenectomy can be performed laparoscopically.

All the advantages of laparoscopic surgery discussed in chapter 15 also apply to this type of surgery. Some of the special advantages are:

1) Magnification makes the surgery easier and more precise to perform.

2) It can be used as a tool to explore the pelvis and abdomen to stage the disease. Biopsies can also be taken from any part of the pelvis or abdomen.

3) In patients who are found to have more advanced cancer, laparoscopy provides the advantage of a quicker postoperative recovery and thus allowing an early start of radiotherapy and/or chemotherapy.

2) In some cases when the disease has spread or is adherent to vital structures such as bowel or blood vessels, it may not be possible to perform the surgery laparoscopically and so a laparotomy may have to be performed.

There are three basic aspects of laparoscopic surgery for cancer of the endometrium. They are:

Laparoscopic hysterectomy is described in detail in Chapter 33. There is a slight difference when performing laparoscopic hysterectomy for Cancer of the Endometrium. In order to reduce haemotogenous (spread through the bloodstream) dissemination of the cancer, both the fallopian tubes and the infundibulopelvic ligaments are coagulated at the beginning of the surgery. Isolation and ligation of the uterine arteries at its origin from the internal iliac arteries follow. The spaces in the lateral pelvic wall are then opened to see if there are any enlarged lymph nodes. If enlarged lymph nodes are seen, these are removed and sent for frozen section (g). The pelvic lymphadenectomy
can be performed before or after the hysterectomy. The hysterectomy is then performed as described in Chapter 33. 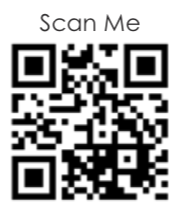 Madam LLH, a 55-year-old had postmenopausal bleeding. She underwent a hysteroscopy and a Dilatation and Curettage in a different country. The histopathology confirmed a well differentiated endometriod adenocarcinoma. Examination and ultrasound done showed a normal sized uterus. She underwent a Total Laparoscopic Hysterectomy and Bilateral Salpingoophrectomy and Pelvic Lymphadenectomy. The surgery took 2 hours (watch video 34.1). Postoperatively she was well. The histopathology confirms moderately differentiated adenocarcinoma with no pelvic lymph nodes involvement. She did not require any additional chemotherapy or radiotherapy. She is currently on followup.

• Laparoscopic surgery can be performed for endometrial cancer.

• Total laparoscopic hysterectomy and pelvic lymphadenectomy are usually performed together.