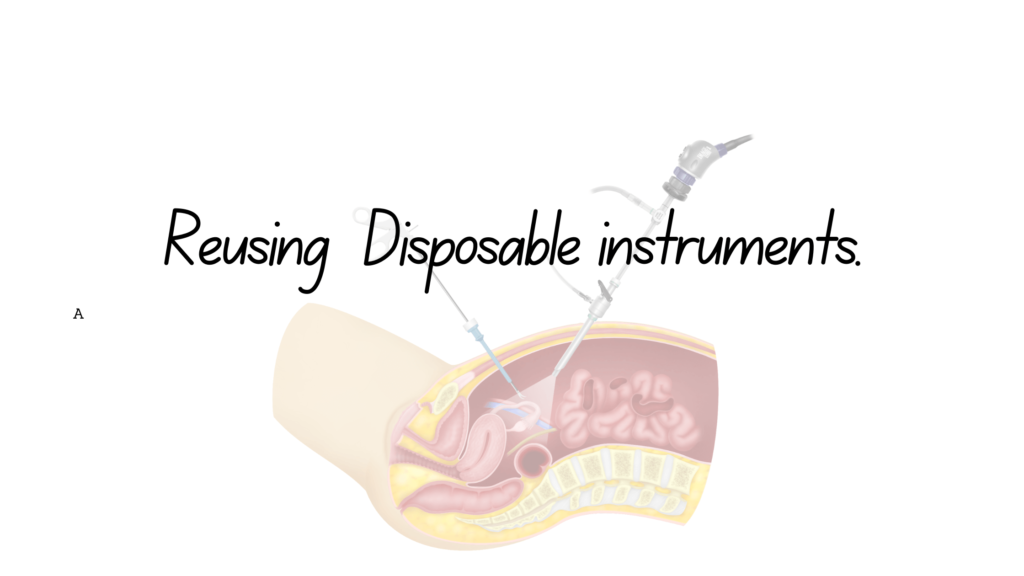 As a young medical officer in the late 1980’s I frequently did locum at different General Practice clinics. At that time, many clinics reused sutures soaked in antiseptic solutions. Sutures were expensive and so by re soaking excess sutures and reusing them, cost could be contained. I am sure most patients with skin injuries sutured with these sutures did well. I am also certain that this is not practiced nowadays since sutures have become cheaper.

Another innovation by instrument manufacturers is “reposable” instruments. Here, the handle and shaft of an instrument is made reusable but the tip is disposable. A common reposable instrument is a pair of laparoscopic scissors, which gets blunt rather fast and has to be changed frequently.

Some instrument makers have become smarter by making instruments that cannot be reused. There are several ways they do this and  three of the most common techniques are: mechanical use-limiting, single wire/electric limiting, and radio frequency identification limiting (“RFID”).

So what advise can I give doctors moving from the government hospitals to private practice.