Laparoscopy- 14 steps to improve your skills in Laparoscopic surgery

When I was training as a Registrar in the Obstetrics and Gynaecology Unit at Hospital Sultanah Aminah, Johor Bahru, between 1988 and 1991 the only laparoscopy we did was diagnostic laparoscopy and laparoscopic tubal ligation using the Falope ring.

I went on to work in a small hospital in the UK.  Very few surgeries were done by laparoscopy in that hospital. One of my consultants was starting to do some hysteroscopic surgeries at that time.

On returning from the UK, I became a specialist at the same hospital. This was the time went the hospital acquired a video laparoscopy system. The general surgeons were doing laparoscopic cholecystectomy and I frequently watched them struggling with this surgery. I was trying out simple surgeries by laparoscopy which includes laparoscopic salpingectomy for ectopic pregnancies and simple laparoscopic cystectomies. We had several consultants from the National University Hospital, Singapore who used to come and do laparoscopy cases with us. I learned from them.

On returning, I was posted to Batu Pahat district hospital. I was the “boss” in that small hospital. This gave me the opportunity to do what I want to do. I just wnted to perform laparoscopic surgeries.  I contacted all the laparoscopic instruments companies such as Storz, Olympus, Richard Wolf and Stryker and ask them to loan me their system for 1 month in rotation. Although I was in this hospital for only 6 months, I performed many laparoscopic surgeries. I clearly remember performing a total of 30 LAVHs while I was there.

In October 1994, I moved to Mahkota Medical Centre, Melaka, Malaysia. It was a brand new private hospital. I had the skills to perform laparoscopy but I did not have the cases to operate. Without operating regularly, I was worried that I will loose these skills. I wrote to the Terendak Army Hospital and Melaka General Hospital offering them my skills for free. Terendak Hospital rejected my offer stating that I need to be drafted in the army before I can go there to operate. Luckily, the consultant OBGYN at Melaka hospital was a friend and allowed me to go there to operate with him. We learnt from each other.

My progress in performing lap surgery was slow. From October to December 1994, I performed 16 cases by laparoscopy. The numbers gradually increased. I had many challenges performing laparoscopic surgeries at that time. Firstly my senior colleagues who do not perform laparoscopic surgeries were watching me carefully. It was not possible for me to make any mistakes at all as I will be crucified. One senior consultant told me that I am endangering my patients by performing laparoscopic surgery because “I could injected carbon dioxide into the veins of the patient”. My other challenges were that I need to train nurses to assist me and I also had to persuade the hospital to get good instruments for me.

In order to increase the number of patients for laparoscopy, I persuaded the hospital to start an IVF (invitrofertilization) centre. We started the IVF service in 1997. I was so involved in making the IVF services successful that I neglected improving my skills in laparoscopic surgery until a colleague of mine called me in 2003 and asked me whether I would like to be the organising chairman of the International Society of Gynaecological Endoscopy(ISGE) Annual Congress to be held in 2004, in Kuala Lumpur. It was in the middle of the SARS epidermic. I was supposed to travel to Cancun, Mexico for the 2003 annual  meeting of the ISGE. I got too worried about SARS and I chickened out. However, I accepted the offer to be the organising chairman of the ISGE Annual Congress. That was a changing moment for me as far as laparoscopy was concerned. I had the opportunity to interact with the world’s best laparoscopic surgeons such as Dr. Harry Reich and Dr. Tamer Seckin. We had a live surgery workshop at Selayang Hospital and I was a first assistant to many of these experts. I learnt a lot from them. 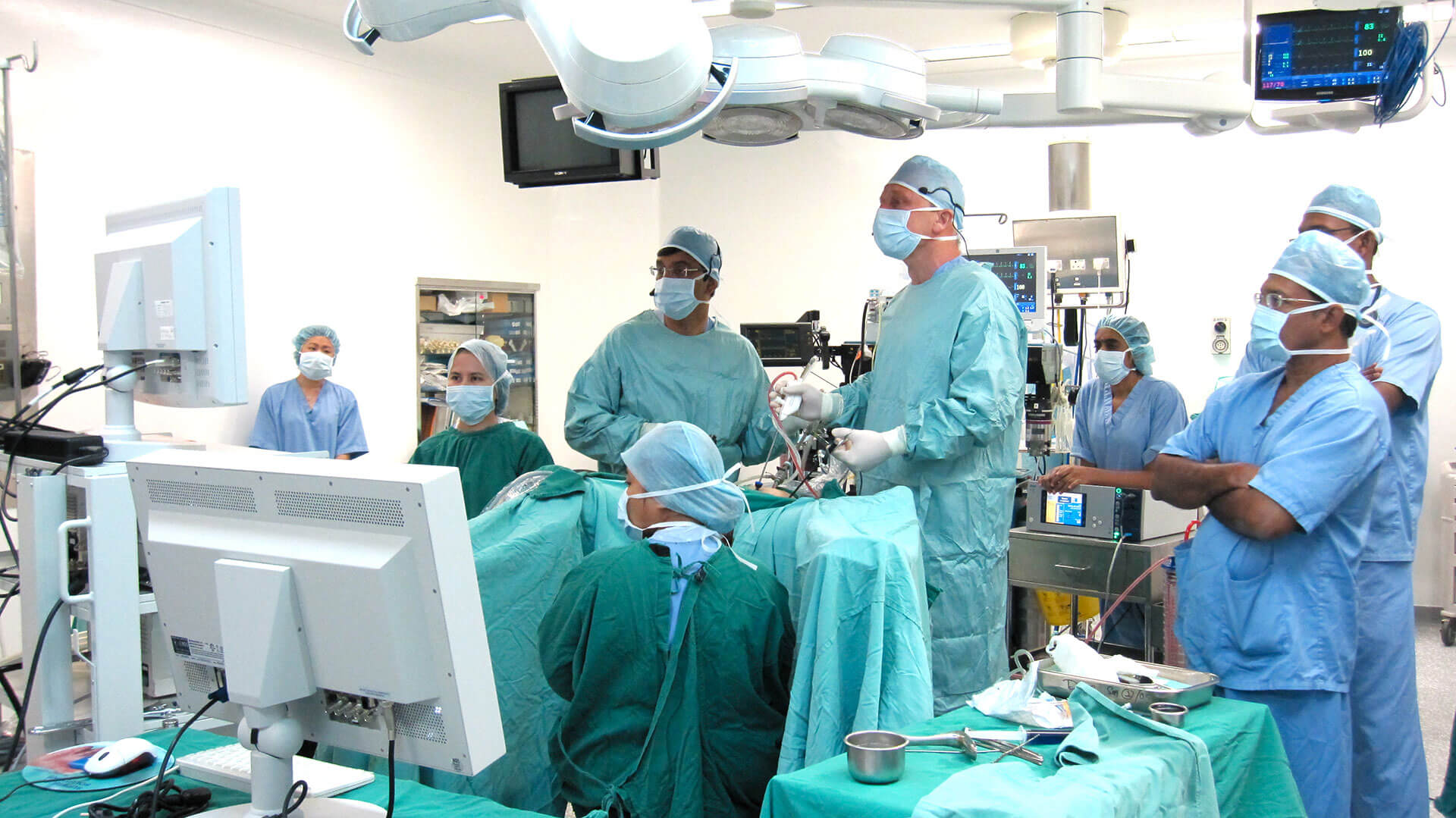 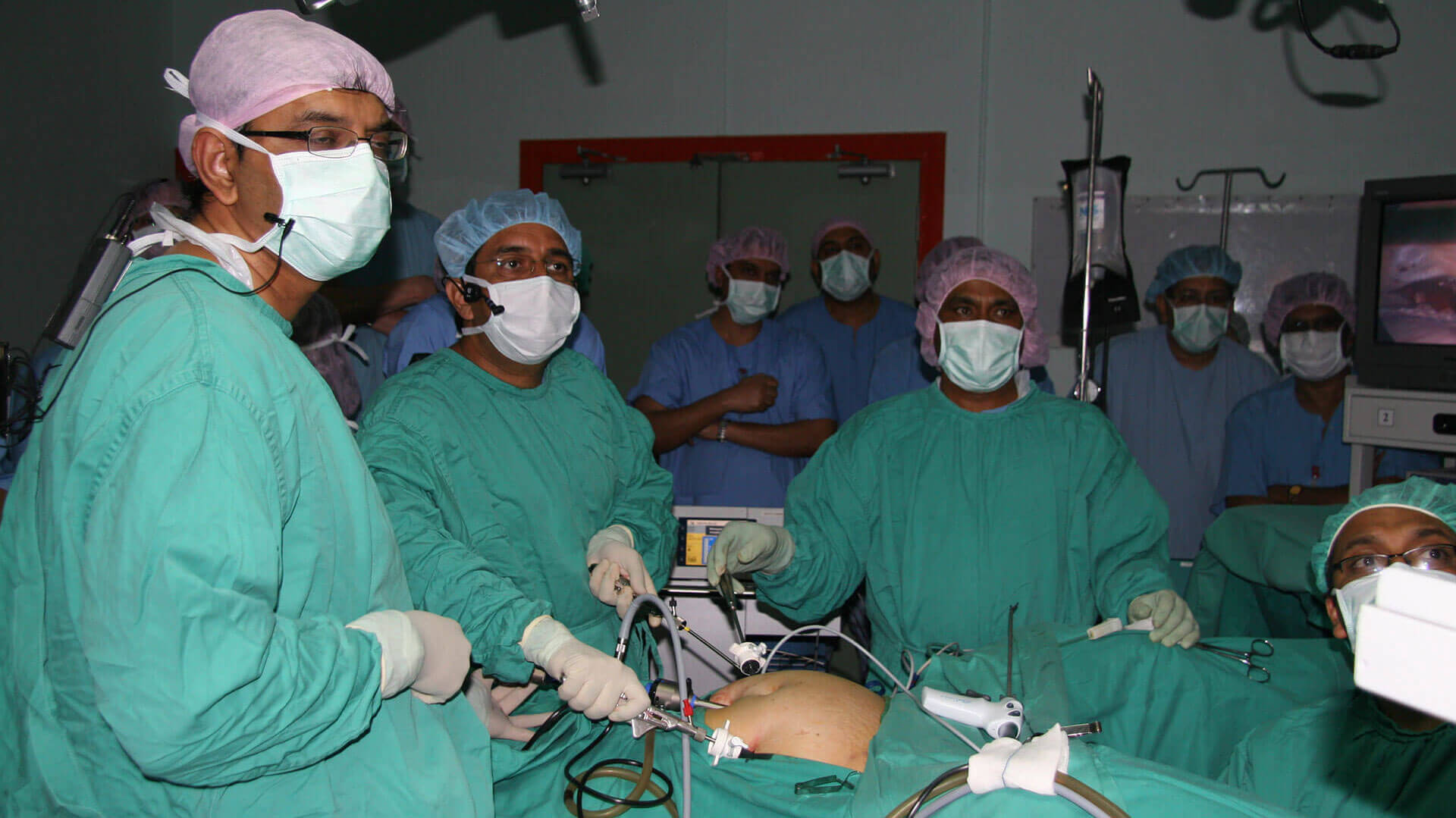 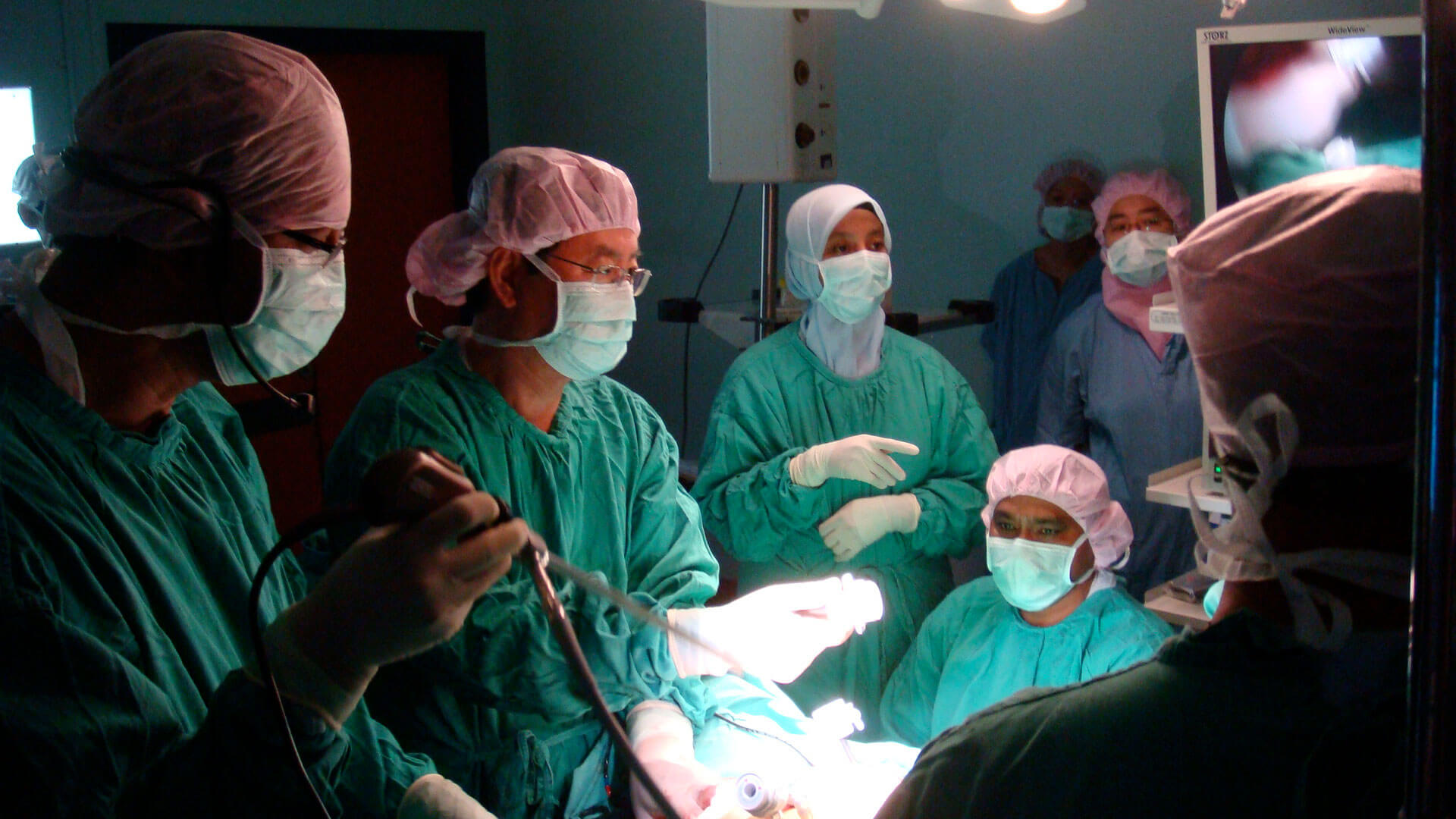 From then onwards I made it a point to learn laparoscopic surgery from as many experts as possible. I was the organising chairman for the pre-congress workshop for FIGO 2016 and again had the opportunity to assist live surgery demonstration performed by Bruno Van Herendael and Steffano Betocchi. In 2006 I came across a Japanese surgeon who was known for performing laparoscopic Wertheims. Hysterectomy. I persuaded my friend Dr. Vijay who was the head of department of Obstetrics and Gynaecology at Kuching Hospital, Sarawak, to host a workshop on laparoscopic radical hysterectomy. Dr. Ando and Dr. Kanao came down and demonstrated 4 cases consisting of laparoscopic Wertheims and laparoscopic retroperitoneal paraaortic lymphadenectomy. My jaws dropped observing his skills. 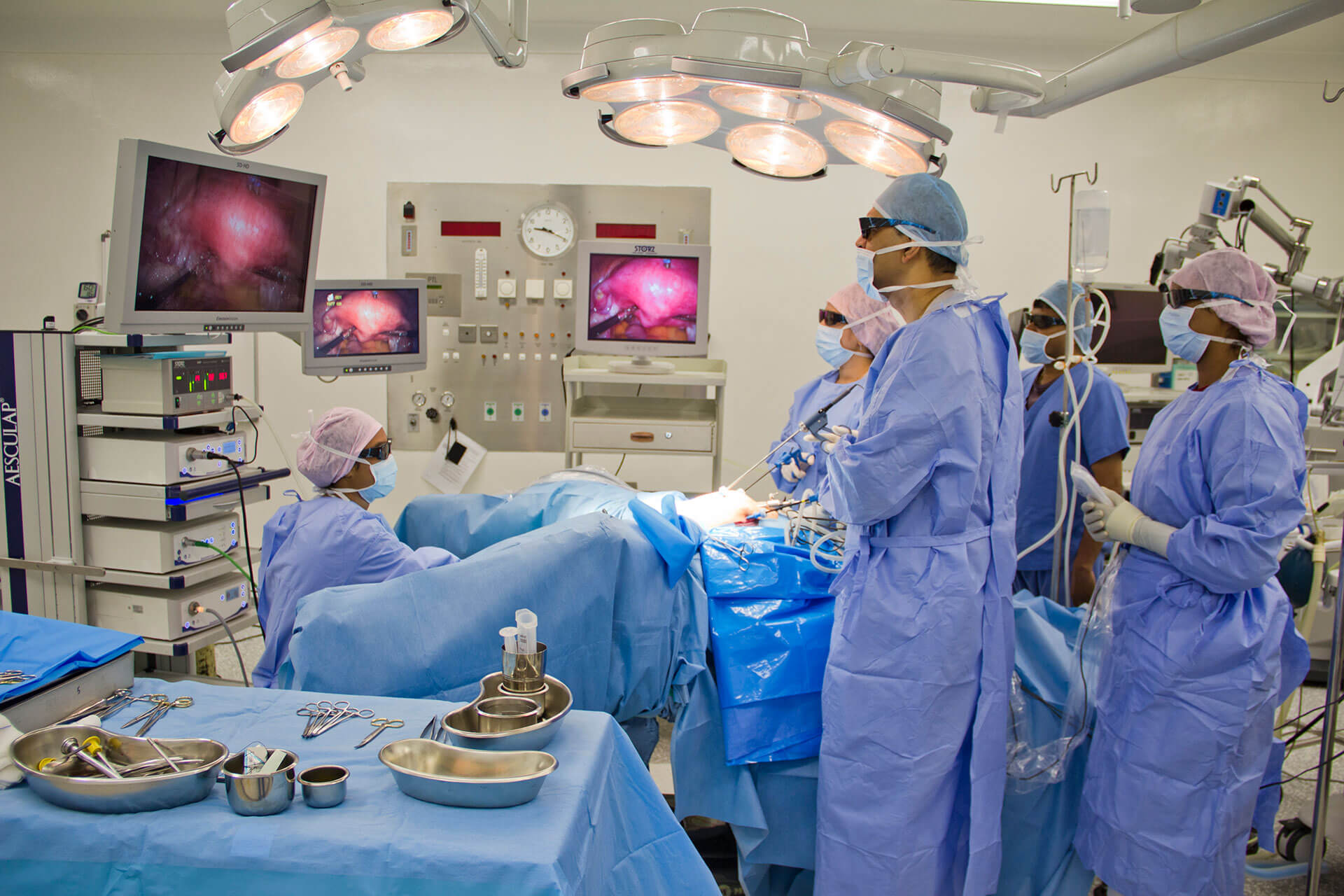 Fellowship in laparoscopic Surgery and Infertility

12 steps to improve your skills in Laparoscopic surgery

I would like to outline what are the steps I took to improve my skills in laparoscopic surgery over the last 25 years.

Laparoscopic surgery is difficult and it requires commitment. It is the surgery of the future. It doesn’t mean that if you can perform a procedure by laparotomy, you can perform the same surgery by laparoscopy. You need to be trained.

Failures – Why doctors don’t learn from them One morning in 1990, as a registrar in Obstetrics and Gynaecology at the Kuala Lumpur General Hospital,