Adenomyosis is a condition whereby the inner lining of the uterus called the endometrium is found in the muscular layer or myometrium of the uterus.

How does adenomyosis occur?

Adenomyosis usually involves the back or posterior part of the uterus. Sometimes the whole uterus can be enlarged with adenomyosis.

Why does adenomyosis occur?

The cause of adenomyosis is unknown. It has been associated with anything that causes uterine trauma, such as caesarean section, pregnancy termination and even pregnancy itself. These may cause the barrier between the endometrium and the myometrium to be broken.

Some women may not experience any symptoms at all while others may have severe, debilitating symptoms. Symptoms include increasing pain during menstruation and ovulation, pain during sexual intercourse, heavy and prolonged menses, passing out blood clots during menses, and bleeding in between menses.

Adenomyosis can be diagnosed during pelvic examination, ultrasound or MRI (Magnetic Resonance Imaging).

Adenomyosis is often confused with fibroids. Both adenomyosis and fibroids cause enlargement of the uterus. However, fibroids usually do not cause pain during menstruation. In adenomyosis, a pelvic examination may reveal an enlarged uterus and tenderness of the uterus, as well as, the Pouch of Douglas

(g). The uterus is usually uniformly enlarged in adenomyosis, whereas in fibroids the uterus may feel lobulated (g). Abdominal and transvaginal ultrasound may show an enlarged uterus. When performing ultrasound, it is important to try to distinguish fibroids from adenomyosis. Ultrasonography will show that the texture of a fibroid is different from the myometrium. It is usually easy to see the demarcation line between the myometrium and the fibroid. In adenomyosis there will not be any definite demarcation line between adenomyosis and myometrium. Magnetic Resonance Imaging (MRI) can assist in confirming the diagnosis of adenomyosis. Often, adenomyosis coexists with fibroids and endometriosis. However, the diagnosis can only be confirmed after a hysterectomy has been performed and a pathologist examines the uterus.

Treatment will depend on the symptoms of the patient and whether pregnancy is desired. Women with adenomyosis have a lower chance of conceiving because the uterus is “hostile” for implantation of the embryo. They may need to undergo Assisted Reproductive Techniques such as IVF (invitrofertilization).

In women who want to retain their uterus there are several options. Pelvic pain can be relieved with painkillers or analgesics called non steroidal anti-inflammatory drugs (NSAIDS). There are many NSAIDS in the market such as: Mefenemic acid (PONSTAN®), Naproxyn (SYNFLEX®), Celecoxib (CELEBREX®) and Etoricoxib (ARCOXIA®). The pain of adenomyosis is caused by menstruation. When menstruation occurs, there is bleeding in the adenomyosis. Therefore one of the strategies to reduce pain and heavy menses is to reduce menstrual bleeding.

Oral contraceptive pills are usually taken for 3 weeks with a 1- week break to induce menstruation. However, 3 packs can be taken continuously for 9 weeks and then a break is taken for 1 week. In this way the number of incidences of menstruation in a year can be reduced from 12 to 4 and so the number of episodes of pain can be reduced as well. Decreasing menstrual bleeding is also believed to reduce the speed of growth of the adenomyosis.

Depoprovera is an injection that is given as a contraception. It contains a synthetic progesterone, medroxy-progesterone acetate. This injection is given once every 3 months and just like taking oral contraceptive pills continuously for 3 months, it aims at reducing menstrual bleeding. The problem with this injection is that it may cause irregular menses.

Another option is to use the progesterone releasing intrauterine contraceptive device called Mirena®. The progestogen in the Mirena®, levonogestrel, is absorbed by the uterus and this leads to a decrease in menstrual bleeding thus causing less pain and reducing the rapid growth of the adenomyosis. (see Figure 3.9)

Adenomyoma may be excised either laparoscopically or by laparotomy and this is called adenomyomectomy. This may give some relief of symptoms. However, it is impossible to excise all the adenomyoma because it’s margins are not well defined.

In patients with severe symptoms and have completed their family, or have failed in all other treatments, hysterectomy will alleviate all symptoms.

Case 4.1 : Successful IVF in a patient with adenomyosis

WCD, a 31-year-old lady, married for 6 years, came to see me in 2013. She had not conceived prior to this. She had undergone a laparoscopic cystectomy for bilateral endometrioma (by another gynaecologist) and was given Gonadotrophin Realising Hormone (GnRH) (g) agonist for 6 months after the surgery. She had also undergone a failed intrauterine insemination (IUI) (g) cycle earlier. Examination and ultrasound
showed an enlarged retroverted uterus (g). The back (posterior) part of the uterus was thickened with an adenomyoma measuring 2.61 x 3.57 cm (Figure 4.3). The ovaries appeared small. She was counseled about her low chances of pregnancy because of the adenomyosis and she decided to undergo a cycle of Invitrofertilization (IVF). This was performed in 2014 and it was a successful cycle. She delivered a baby boy by Caesarean section in May 2015, in another country.

Adenomyosis is perhaps the most difficult condition to have for a woman who is trying to conceive. However, pregnancy can still occur as shown by this example. It is important to attempt to conceive at an earlier age because in older women besides the adenomyosis, age will be another factor that will reduce the chances of pregnancy.

Adenomyosis is oestrogen dependent and menopause will be a natural cure. It does not increase the chances of cancer development. However, as the endometrial lining has invaded the myometrium, this endometrial tissue may progress to endometrial cancer on rare occasions.

Miss SGC, an unmarried lady, saw me in 2001 at the age of 35 years. She had undergone a laparotomy for endometrioma in 1991. She complained of dysmenorrhea and heavy menses. Examination and transabdominal ultrasound showed multiple uterine fibroids.

The largest fibroid measured 3.7 x 4.3 cm. She was on regular follow- up and the fibroids continued to grow. In 2004 the largest fibroid measured 6.71 x 5.29 cm. She also had a small ovarian cyst. She was suffering from severe dysmenorrhea and took analgesics during her menses. She underwent a laparotomy. Multiple fibroids were removed and adhesiolysis and cystectomy was also performed. Postoperatively, she received 3 doses of monthly Gonadotrophinc Releasing Hormone (GnRH) agonist (g) injections. She suffered from headaches while on this medication and so the medication was changed to dimetriose for 2 months. After that, she stopped all medication. She came for consultation again in May 2006, complaining of severe pain during her menses (dysmenorrhea) over the previous few months. Examination and ultrasound showed an endometrioma measuring 3.09 x 5.47 cm. Her uterus was also bulky resembling adenomyosis.

She was given the options of either a hysterectomy or Depoprovera® injection. The advantages and disadvantages of both were discussed. She opted for the injection. She has been receiving the injection, 3 monthly, since then. Her periods were irregular at first but for the last 6 years she has not been menstruating. She does not suffer from any pain. Her uterus is now of normal size and the ovarian cyst has disappeared. She is now 49 years of age. I am planning to stop the injection next year (2016) when she is 50 years of age.

Dysmenorrhoea caused by adenomyosis can be very troublesome for patients. Hysterectomy is the definitive treatment. However, in women who are not keen to undergo hyseterectomy, medical therapy is an option. This patient has been well on Depoprovea® injection for 9 years. She has avoided a hysterectomy

Adenomyosis is one of the most difficult conditions to treat. It is also a difficult disease to diagnosis. Women with adenomyosis will have difficulty in conceiving and menstrual pain will be difficult to control. In patients who have completed their family, hysterectomy will alleviate all symptoms. 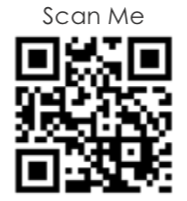